Fiete – my brommie – arrived without a scratch in London, my outfit was prepared, Hamburg flags in my handbag. Thankfully one of my best friends flew with me and did a great job in calming me the days before, being a spot of calmness on the day of the event. Arriving at St James’s Park with view on Buckingham Palace, a queue of bromptoneers was waiting to registrate and enter the hospitality area. Sure that the first chats started, including questions about the other one’s brommie and experience at BWC London. Then we were in. Numbers had to be attached to Fiete and my jacket as well as the time keeper. Fiete got a good 8 bar air pressure into his kojaks – last race preparations were done.

Seeing so many nice Bromptons, happy riders and colourful outfits in one place was just overwhelming. It felt like a family reunion. First I met Nadine, German BWC winner in Berlin, Giacomo & Alessandro again followed by a chat with Carmen & Nick. Later on, I encountered bromptoneers I so far only new online and was finally able to  put a face on names. Sometimes I recognized them by their little bikes, and of course I got to know even more fantastic bromptoneers. One of the best moments was the one, when a tall guy in Bavarian leather trousers approached me and asked „Are you hamburgfiets?“, and when I confirmedhe said „I’m Ingo, friend of Christian.“. Incredible. These moments were so numerous, I can’t describe them all.

Jule from Berlin and London based friends arrived for cheering, waving Hamburg flags during the race, holding up cards with lap numbers, and taking pictures – I felt so grateful and supported. At the same time, I knew my fellow #hamburgbromptonpower bromptoneers were watching the livestream, crossing fingers. Thanks to all of you!!

7 p.m. approached, The Mall was prepared: Start numbers were attached to the fences and riders were asked to fold and park their bikes in front of their proper number. 10 minutes before the start the participants stood vis-à-vis of their bikes. I was so nervous, I thought my heart would spring out and I would faint. Fortunately, Wayne, standing beside me, was cool „Breathe, just breathe, continue breathing..“. He arrived directly from the airport to race, crazy. Then, last 10 seconds were counted down together – Go! The first block started, 10 seconds later our block followed. Running, grabbing Fiete, unfolding him, starting to speed, and the first curve in front of the Buckingham Palace was behind me. Some more speedy and agitated kicks later I found my pace. Riding Birdcage Walk, going through the 90° curve into Horse Guards Road. Staying in my pace, my speed dropped – wtf?! The road went up noticeably. Ok, more pressure on the pedals, turning into The Mall again. Yay! There they are! My first couple of friends waving flags and shouting „Go, go, go!“. I couldn’t make out the others, no need for a lap number after the first one, just passed the line and there was Buckingham Palace again. The second lap continued as the first, this time I recognized the other friends as they waved Hamburg flags and held up a big lap number. Youppie! And so it went. Some laps later, the fastet riders doubled me. Impressive! They were like a rolling machine. Now no time to loose. My objective in mind – finalizing 7 laps – my legs continued to pace. My head kind of snoozed, tunnel vision, only interrupted to wave my cheering friends. At the end of the 6th lap I heard it behind me, the fastest riders were approaching, starting their sprint finish. „Go, go, go, cross the finish line before them!“ my mind shouted. My legs obeyed, I was in the 7th lap! Last energies went into my body, forcing my legs to continue, giving all on the last 100 meters.

Rolling the finishing lap, back to the Mall. Wow! What an overwhelming and light feeling!!

A look on my garmin let me speechless: I rode with an average speed of 30,7 km/h. Unimaginable before. I even left my hub dynamo on my brommie. Immediately, ideas came to my mind how to change Fiete for the next time. But first, time to finally enjoy a drink with my friends, with a continuous smile on my face, congratulating fellow bromptoneers. The official video captures the atmosphere quite good. Onboard camera video will leave you breathless.

The award ceremony started which held some surpises especially in the category of the fastest male team and the event was over. It was really a pity, that we couldn’t enjoy some more beers and chats in the big Brompton family.

After having dinner with my friends, I joined a bunch of riders in a Pub near Brompton Junction for a last beer. Too soon the pub closed and we had to separate. Then it was time for my final adventure of the day. Cycling back to Hammersmith – my first time ever ride in London traffic. Thanks to Joe for guiding me safely through it.

What a day. I hope to participate next year again 🙂

Thanks Brompton for this great event!! 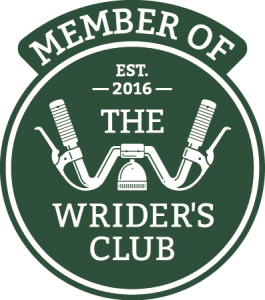